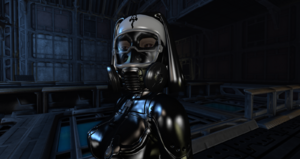 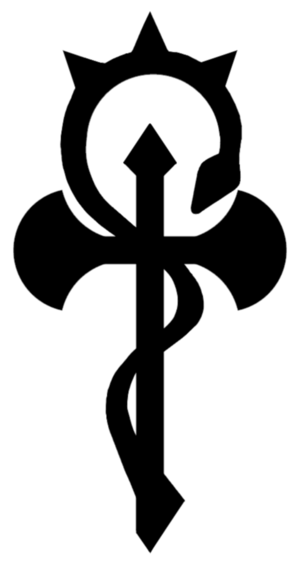 As previous reports have shown, the Undergrowth Facility is far from unpopulated. Mixed in with the unintelligent plants and animals are numerous “Homo-Analogia” species that could be considered native inhabitants, but this is the first time I’ve heard of us facing competition from outside the labs altogether.

Our mission to the ██████ ██ █████ botanical wing was supposed to be routine reconnaissance, but our Cereuform guide didn’t expect footprints in the organic debris. We observed that the soles appeared patterned for traction, studded with cleats, and the heel appeared slightly raised in a broad low wedge. It seemed consistent with hominid feet 9-10 inches long in an upright gait. As we made our observations, some dust tracked in on their feet appeared to set off our Geiger counters. We attempted to make a note and pass by, assuming it may have been from a former staff member or drone going about their solitary duties in the ruins... until we found more. The labs were entirely ransacked, with the equipment stripped for copper by indelicate hands. It appeared as if multiple splash patterns dotted the walls from nonlethal ███ ███████ liquid latex weaponry, and soon enough we found a cocoon of rubbery material struggling in the corner; occupant breathing fast, heart rate high, material tightening slowly over them. The substance appeared warm, but unresponsive to the touch. Likely a purely synthetic compound of unknown make and not a Latexphera parasite as one team member suggested.

Dousing the struggling lump in Limonene revealed a coughing, sputtering, and utterly exhausted Homo singularis woman dressed in the half-dissolved vestiture of an immodest nun. She appeared masked in makeshift hazmat gear strapped to her curves with haphazard belts. Her muffled voice was seemingly gagged under her hood, and we drew close to remove her equipment. Unfortunately for us- she was still chained to a ██████ e-stim baton.

Waking up in their care was- shocking to say the least; both figuratively in my surprise, and literally from a metal cage they kept me in. Their bars pressed so close I could hardly move in their confines. I caught glimpses of their makeshift dungeon, carved from the remnants of a side room off the main wing. I overheard a language that I thought was some form of Latin, and caught a few glimpses of our rescued nun arguing with... what I assumed were her superiors at the time. Attempting to call out to them only warranted another shock from my cage, and I heard my punishment being shared by the moaning figures of my teammates over my shoulder... but it wasn’t shared by one mummified figure in front of me. Our Cereuform friend didn’t conduct electricity, and Limonene was a digestive enzyme for her so the latex they bound her in hardly posed a problem. I watched her slowly eat through her bondage as the nuns argued over our fate.

Eventually the nun we freed returned with a bottle of... something organic, thick, white, creamy and ██████████ that soothed my wounds in an instant. Scrapes, bruises, fatigue, all vanished from my body as a soothing sensation washed gently over me. I couldn’t understand her muffled speech at the time, but she appeared almost kind as she tended to me. If we shared a language in common I would have attempted to communicate, but no such luck. I quietly observed her doting mannerisms, the flagellation scars over her skin, and her spectacled eyes behind her mask.... Until our Cereuform guide stole her baton and unceremoniously knocked her out for our own escape.

The last thing I took was a gasmask for the journey home. In my haze I barely looked over my shoulder as we fled their camp, and by a stroke of luck they appeared reluctant to leave their camp to pursue us. If I were to make a guess, I’d say they may have been stretched too thin to spare the manpower, especially after whatever transpired with the liquid latex in the labs. While I can’t provide much information from our expedition, I can at least provide some preliminary observations on their equipment.

1: Their sheeting appears to be organically sourced with inconsistent thickness ranging from 0.8mm to 1.2mm, bubbled with minor impurities in its mixture, heavily chlorinated on the exterior for protection, and unchlorinated on the interior to make patching the material easier. Overall, the surface is battered and worn with small blemishes, and it carries trace amounts of  Strontium-90; an isotope of concern in the study of nuclear fallout.

2: The seams are impeccably crafted, but small inconsistencies seem to show that they were hand cut and cemented with homemade solvents.

3: The metal quality varies from piece to piece in a manner that suggests it was reforged from salvaged materials.

4. Their filter canisters appear to open and close deliberately with refillable components ranging from rudimentary cotton sheets, sealed packets of activated carbon, and most interestingly, cellulose paper “booklet” filters inscribed by hand with what I believe are prayer verses. Their exact contents haven’t been fully translated, but it’s similarities with Latin languages allow me to make a few guesses. Each line appears to follow a pattern like poetry or music, some key phrases appear repeating in paragraphs ranging from, “The Garden before the Bombs” (paradise before fission?), “The Demiurge’s lie to man” (The ██████’s temptation of Adam/males?), and “The Snake who brought woman knowledge” (The messenger who brought eve to ████  / gave eve fertility?) If I were to make a guess it may be a prayer recited to protect from the curse of nuclear fallout and keep the mask’s wearer from becoming infertile, or it might be a prayer that reminds the reader of  kindness and love in the face of adverse conditions.

████ ███ ██████ so if you could give me anything to put my mind at ease or make sense of my thoughts, I would greatly appreciate the help. Even if it does turn out that ████████ ████ ████████ then maybe that wouldn’t be so bad. Regardless of that, I hope to return to work soon if I may.